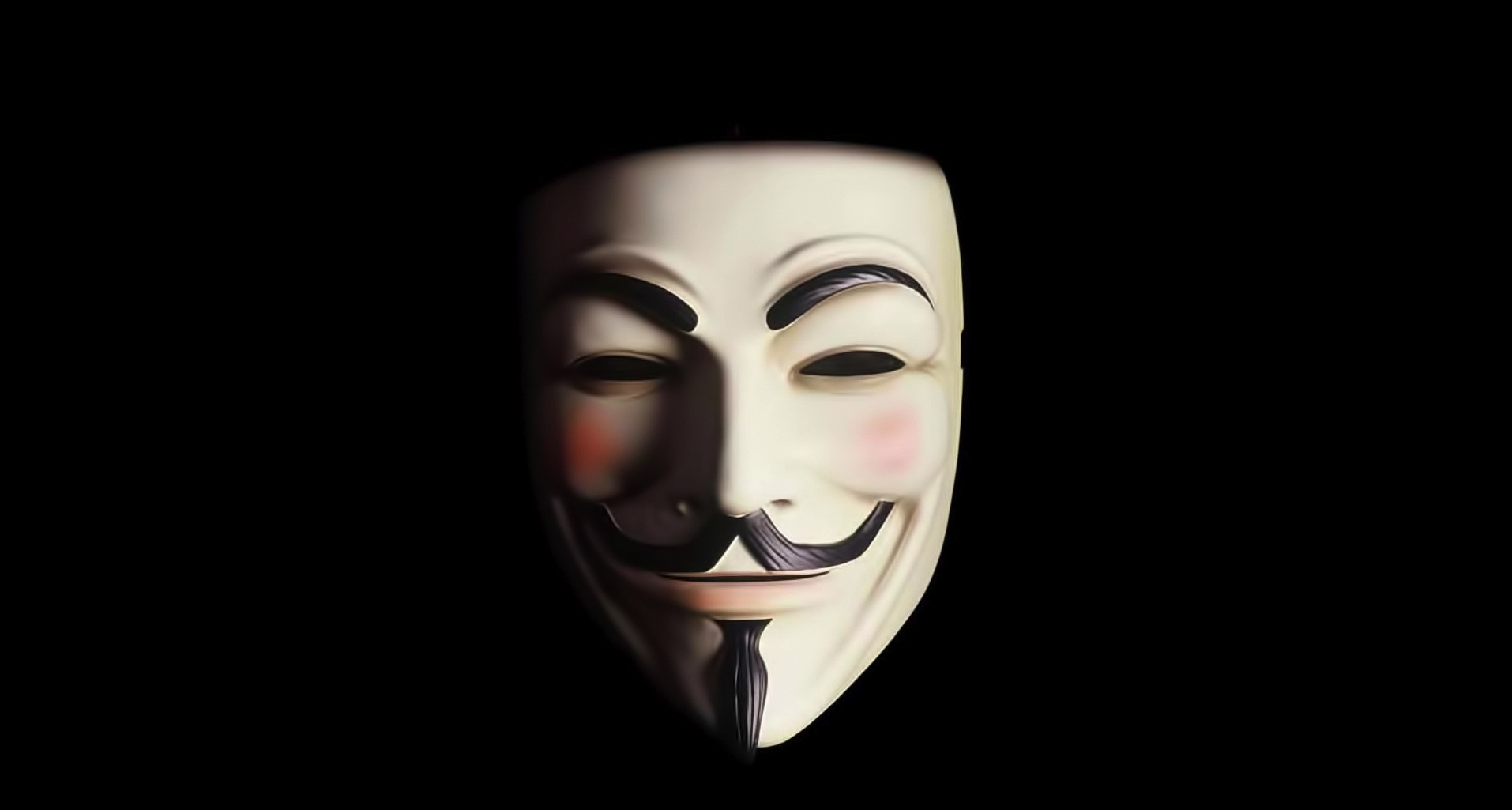 If you’ve read some of my blogs, you probably figured I’m intrigued by closed societies, online groups of dissidents, that kind of thing. For this course I want to link that to digital media and research the relationship between the online world and its digital minorities.

Anonymous might be the perfect example of this. If you’ve ever seen something from this group (or the movie V for Vendetta), you might recognize the mask above.

So: what is Anonymous? That’s actually quite difficult to pin down. To find an answer, I’ve watched my fair share of documentaries regarding this group (‘We Are Legion: The Story of the Hacktivists’, ‘The Anonymous People’, etc.). These documentaries show Anonymous values equality, privacy, knowledge and anarchy and actively condemns censorship. They do not have a defined leadership or place to gather. They are ‘everyone and everywhere’. When you take a look at their website, and especially at their t-shirts, you get a feel for what Anonymous is about. I’ve written some of their t-shirt lines below:
Respect Existence or Expect Resistance
Yes “All Lives Matter” but not “All Lives” are being slaughtered by the police!
We are Anonymous | We are legion | We do not forgive | We do not forget | Expect us
The corrupt fear us | The honest support us | The heroic join us

You might wonder what it is they actually do. ‘Anons’ use their Anonymous-banner to organize diverse forms of collective action1. These ‘collective actions’ are very diverse in nature: from hacking campaigns to street protests.

Let’s dig into this a little deeper by looking at Anonymous’ history.
Before the year 2008, the name Anonymous was used to refer to trolls (trolling = the deliberate act of making random unsolicited or controversial comments on various internet forums with the intent to provoke reaction from unsuspecting readers to engage in a fight or argument2). Back then this was mainly a thing on the forum 4chan.

That image changed completely when the Anonymous name was used in a pranking campaign against the Church of Scientology in 2008. This project (‘Project Chanology’) was prompted by Scientology’s attempt to remove an online interview with Tom Cruise (a famous Scientologist), which Anonymous claimed to be internet censorship.
They started with a condemning video on YouTube, followed by black faxes, fakephone calls and so-called DDoS-attacks. These Distributed-Denial-of-Service attacks attempt to disrupt computers and networks3.
After this attack, the name Anonymous was used more often to herald activist actions, often defying expectations. Examples are publishing rape cases in Ohio or aiding the Arab Spring of 2011. This June, Anonymous for the Voiceless (an animal rights organization using the Anonymous banner) organized a protest for veganism in the Netherlands4. Their activity on the dark web makes studying their behavior very hard. It also aids their unpredictability: it’s hard to find out when and where they’ll strike next.

Anonymous is big, but it’s hard to compute the exact amount of Anons. They’re big in number, but also very capable. They’ve proved to be excellent hackers when you look at previous successful attacks to big and well-protected networks. They are feared by many governments, as a result of various attacks in the past.

I personally think it should not be forgotten these moral heroes started out as trolls. Despite their idealistic strikes, attacks and protests, they haven’t lost their flair for drama (the t-shirts, masks) and irony. Gabriella Coleman (McGill University) describes their sentiment as follows: ‘Anonymous tends to ride and amplify the wave of existing events or causes. Even if it magnifies and extends the scope of an event […] the campaign eventually ends as the wave hits the shore.’ Their anarchist nature gives Anonymous a natural taste for chaos. A big aspect of their methods is provoking, waiting for media to pick up on their actions and, when chaos strikes, laying back to enjoy the attention and disorder.

Next week I hope to post a podcast with two directors of the Vrijmetselarij. If you’re interested in that foundation or want to hear me struggle with English grammar, make sure to tune in!

1: Coleman, G. 2013. Anonymous in Conext: The Politics and Power behind the Mask. CIGI Internet Governance Papers.

4: Anonymous for the Voiceless website, used on 20-11-2019. URL:
https://www.anonymousforthevoiceless.org/