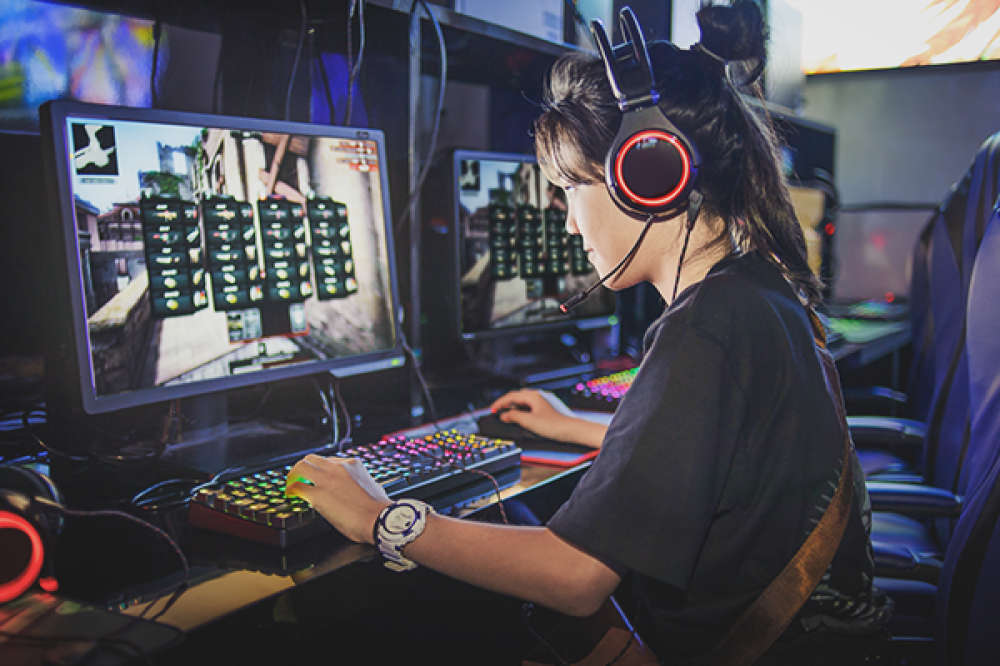 In online games everyone puts a bit of themselves in their character, in a sort of an alternative world, where characters/avatars are alter-egos of real people. People interact with each other through their avatars that they create, whether they are portraying themselves truthfully their real-self in reality, or creating a completely different persona. However, in this blogpost I will focus on motivations for people to socialize while gaming. The U.S. National Institutes of Health’s National Library of Medicine (NIH/NLM) conducted a study on the relationship between online gaming and the formation of friendships :

“Mediated social spaces, particularly online games, hold the potential to be socially advantageous for (…) individuals by allowing them to overcome their traditional social difficulties, generate new friendships, and strengthen old ones”

Firstly, I will talk about a few reasons why people game.

There are people who only game as a way to relax and kick back after a long day of work or studying. These are casual gamers and usually don’t really spend too much time gaming. They might have a few games that they play often, maybe with friends, but usually don’t play competitively.

There are people who game because they are passionate about it and want to get good at it. These are advanced gamers, they dedicate a lot more time to gaming than casual gamers. They are more familiar with a higher number of games than casual gamers and can find their way around a new game much faster.

There are also “lone gamers”. They tend to prefer not having fixed teammates on online games but rather tend to focus on their own learning experience.

There are people who game because they do it as a job and get sponsored to do so. These are professional gamers. Their skills and strategies are far more defined than those of either of the two previous groups. They tend to specialize and get ridiculously good a small selection of games and play them the most, often participating in tournaments. In the latter case the motivation to play becomes less the gaming itself but the interaction with the followers and fans becomes their primary drive to game.

Secondly, I will talk about ways in which people connect on online games:

Casual gaming: playing online as a method of socializing. Some people play casually, not professionally, with the purpose of meeting fellow gamers through online games. While this motivation alone might not provide the strongest bonding experience, it is certainly a big driver for many people to game.

Skill: leads to more willingness to collaborate. If you notice a teammate is particularly skilled, you are more likely to want to play with them again, whether to learn from them and get better yourself, or to profit from their ability to excel in all that you cannot. Skills can be learned from your own mistakes or from other people’s, which can be useful because when playing with others you might learn how to better accept criticism. It is also very encouraging to receive compliments from other more experienced gamers, and might be a drier for people to further improve their skills.

To diss: to speak disrespectfully to or criticize. (https://www.lexico.com/en/definition/dis). Dissing causes distance between people with different viewpoints on a subject. It can also lead to or strengthen alliances between people with the same opinion. Even though it is perceived as a negative phenomenon, bonds can be made through it too.

Through specialized apps/websites: An example is GameTree (https://gametree.me/). It advertises itself as enabling people to “Make lifelong gamer friends”. The website states that it uses “Psychological matchmaking” in order to find the most compatible people to connect with while gaming.


The social relations in online games can get very complicated. In some cases people can get into disagreements. In these cases people might become “lone gamers”, find a different team or quit the game entirely. Sometimes, because of events in their private life, people might quit gaming, and in this type of situation their online gamer friends might keep in contact if the bond they formed while gaming is strong.

Nevertheless, sometimes gaming becomes monotonous, and you feel the need to take a break from it. Therefore, in order to make gaming feel fresh and new, you could introduce other people to it and explore the game with people you already know, finding out more about them and developing both friendship and gaming skills.