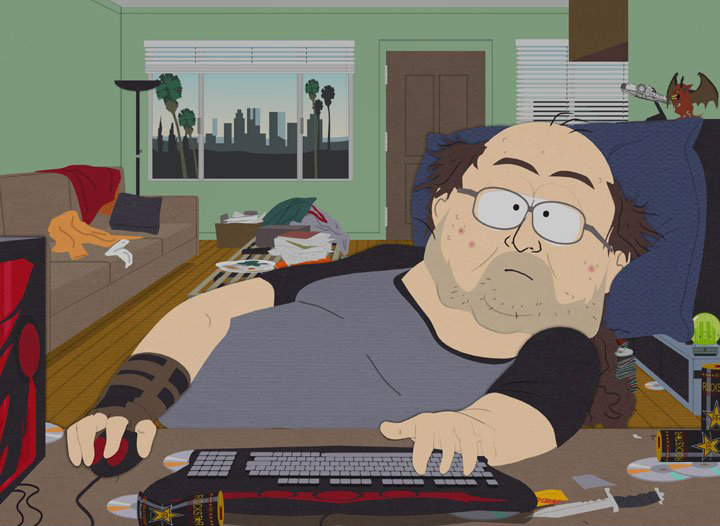 In my previous blog post I mentioned about the importance of online friends on the resistance against solitude in the current era. What I missed however, was to mention the recurrent phenomenon of hate related speeches that happen on online gaming platforms. As we all know, playing a game can easily leads to frustration if the final result is not the one expected, as method of canalizing ones dissatisfaction with oneself, it is very usual that people blame others or find in the most insignificant actions a reason to burst into anger towards a teammate or adversary.

On a recent research on harassment inside gaming communities, it was found that 65% of the players have experienced “severe harassment” when playing video games online.

The data is the following

On top of these numbers, it is clear that sometimes the hate speech inside gaming communities is not even related to the game itself, but harassers use the platform to express their dissatisfaction towards others, or at least use the victims individual characteristics as a way to diminish their social relevance in real life and consequently inside the game community.

On my personal experience, most of the times players complained about me, was because either I was doing very well, and then making them frustrated about themselves, or because I was doing too bad and discouraging the continuity of the game. Either way, my ambition was obviously, not to break with the enjoyment of the game, if my performance was too bad, address curse words towards my persona won’t make me a better player, and if my performance was too good, complaining about my playing style won’t dispirit my victory.

What I would like to touch in this scenario and bringing again the matter on freedom inside the internet, is that given the geographical distance and anonymity of online interactions, it is very easy for the frustrated gamers, be their frustration a fruit from their gaming experience or life related issues, to channel their anger facing other players with curse words and other sorts of harassment.

A great example of gaming harassment in popular culture is the South Park episode “Make Love, Not Warcraft”, where (as described by their own creators) “The boys must find a way to stop a mad gamer who is destroying World of Warcraft, their favorite online role playing game.”

Link to the Episode

On this episode, the “mad gamer” is depicted on the “basement nerd gamer” stereotype, which entails an individual with no real life social network and who finds pleasure only on virtual games. On the plot of the episode, the “mad gamer” runs around the game’s scenario killing all the lower level players. As for all of those who are acquainted with online RPGs structure, there is no remarkable rewards on killing lower level players apart from the pleasure of killing them itself. Taking this idea as our major premise, the “mad gamer” is killing the character of the other players just for the sake of reducing the amusement of the gaming experience for the others, leading to a non-inclusive disheartened community.

Of course, although being a fictional story, it reflects a part of the online gaming community. As for instance, taking again a personal example, when I used to play Dota 2 a few years ago, the amount of hate speech on the game’s chat was immeasurable, and it was, to say the least, extremely rare to go through a whole 40 minutes match without being confronted with curse words. This quarrelsome community, together with the unhealthy amount of time I was putting into gaming, led me to quit the game and regard the experience as unpleasant. Although not coming from my personal experience, but from the reports of friends, the same phenomenon could be seen in other online games such as Counter-Strike: Global Offensive, League of Legends, Call of Duty and Fortnite.

The amount of hate speech on such platforms was so recurrent that in games such as Dota 2, at the end of each match, players are kindly asked to report other players in case of online aggression.

As one can see by the examples above, the online experience can be very obnoxious, and if one starts to resent everything that is said to him/her/them, it won’t take long for one to find oneself anguishing over comments made by anonymous individuals.

To finish up this blog post, I would like to add that although this may stultify your will to play games, as I mentioned in my last post, video games can lead to very nice friendships as well. As any other community populated by humans, there is always a bit of everything, and you cannot escape encounterments such as this. And for all the current and future online gamers, be it online or in person, I would like to briefly request, be a little bit kinder to your fellow players.