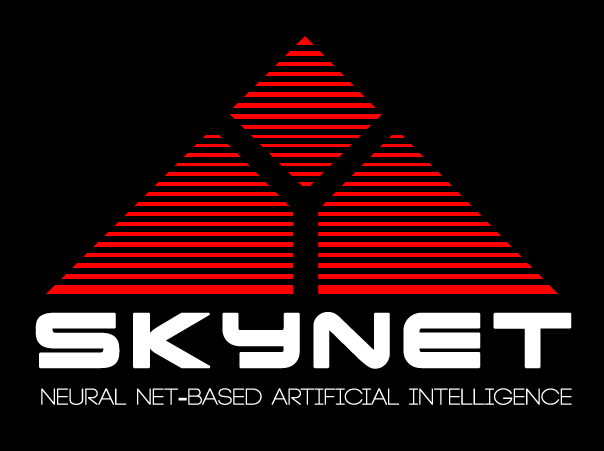 Last Friday I went to the cinema in the first time in forever, for a viewing of the most recent Terminator movie. As you probably know, the Terminator movie series tells the story of how the protagonist is being hunted by robots from a future in which an A.I gained consciousness and attempts to kill all humans. This 6th movie was not much different, entertaining but nothing much insightful (except that nice plot twist). The movie did make me think about something else though, it made me wonder why we seem to be so afraid of AIs gaining self consciousness, and subsequently turning violent. During this course we have already extensively discussed the dangers of governments and surveillance; this blogpost is slightly different though, here I want to discuss how A.I themselves are often portrayed as a violent consciousness that will turn against humans if they achieve awareness.

The story idea of artificial intelligence turning against humans is not limited to the Terminator movies, within science fiction it is a regularly occurring theme, just think about classic science fiction movies such as 2001: A Space Odyssey (1968), the Matrix trilogy (1999), Animatrix (2003) or I, Robot (2004), but also TV shows such as Person of Interest (2011). All of these A.I featured in these productions feature an A.I. that to some extent turn against humans, either because they believe that humans are a threat to their program, or because they believe they are a threat against themselves. However, why does the thought that goes behind these highly popular movies seem to assume that there will be violence?  Obviously you could argue that Hollywood is simply trying to create easy entertainment, combining high conflict, with high tech weapons and an easy enemy. However, those who have specialised themselves in understanding our cultural values and how media reflects these. One such person who has written about popular science fiction and artificial intelligence is Robert Geraci. He mentions that the portrayal of A.I in popular Hollywood blockbusters seems to be strongly inspired by Christian apocalyptic tradition. He notes that the origin of apocalyptic A.I, which the movies and tv shows above can be categorised under, can be traced back as being inspired by the political tensions from the 20th century, and allowed for an outlet to deal with the distress caused by these political tension (Geraci 2008).

Another assumption that might serve to explain violent AIs is to see them as a mirror of human behaviour. Indeed, the assumption that self aware A.I.s will automatically turn violent seems to be based on our biggest fears, and what we see as an essential trait that makes us human. Michael Szollosy argues at the hand of psychoanalysis that our fear of apocalyptic A.I. stems from a projection of our own “unconscious human selves” upon these A.I (Szollosy 2014, 434), where we project the negative parts of ourselves upon machines, such as violence and our own history of colonialism and suppression that we are afraid of being inflicted back upon us.

Lastly, apocalyptic A.I. as a genre might also reflect our fears of current developments concerning algorithms and especially machine learning and the biases that are involved in this. Thus, the fears raised by the movies may actually have some basis in fact, and serve as a reminder to the dangers of uncritical adoption of algorithms within society on all levels.