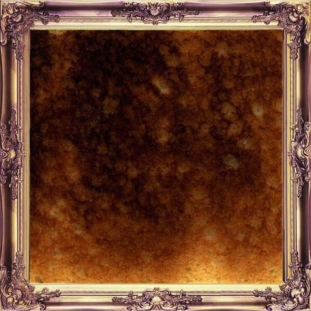 “It is the year 2049. Kanye West has been missing for nearly 30 years. Rising global temperatures threaten to end human civilisation as we know it. Meanwhile, the president has just made contact with an alternate universe— a utopian version of earth that prevented its own global warming long ago. Through time and space, the alternate universe has sent a mysterious gift: a leaked Kanye West album unlike any album we’ve heard before. The president believes it may hold the secret to saving our planet.”

This is the premise of the ‘fan-made’ (really not a fan of that terminology) concept album by toasty digital. The album skilfully mixes and matches predominantly a plethora of instrumentals and acapella’s from the full length and breadth of Kanye West’s discography to create this frankly amazingly fresh sounding sonic experience of Kanye, reimagined. In addition to all of Kanye’s material, toasty digital also digs up some of the original versions of samples Kanye used in the creation of his tracks and some other rappers feature as well, most prominently Kendrick Lamar’s Backseat Freestyle on “SAY YOU WILL (FREESTYLE)“

I first stumbled across this magnificent body of work through the recommended section on YouTube (where else?). At first I thought it was one of the many edits floating around on youtube mashing up popular rap vocals with songs that shouldn’t really match but somehow come together to make a catchy combination (here’s an extra one for dutch people). It quickly became clear that his was not the case, because this album in fact is, to my surprise, not solely a musical effort, but a fully fledged audio-visual experience. Every track on the album has its own distinct visual identity to accompany the sonics. To top the whole experience off, there’s a website that goes along with this project, kanye2049.com.

When visiting the website one is greeted by an old computer system booting up, followed by a password prompt. This is very similar to Poolside FM, described in Zey’s excellent blogpost “Vapourwave Aesthetic“. At first I was a bit stumped by the prompt, but the ‘forgot your password?’ was really helpful, any Kanye album title suffices and access will be granted to the computer system. To give extra authenticity to the experience, some background rumbling can be heard when browsing the virtual machine. The desktop is host to three files, the album itself, an in-joke for Kanye fans, and a document called “EARTH.txt”. When opening the album file and selecting any of the tracks, the corresponding visual accompaniment will start playing in the background. There are a few more little easter eggs to be found within the interface but there will be no more spoilers here, I’ve basically explained away the whole fun of discovering the workings of the website anyway. Upon opening the text file, the true goal of this project, besides providing people with an incredible audio-visual experience, is revealed, providing numerous sources to raise awareness and money for the fight against climate change.

Now, let’s address the claim made in the slightly clickbaity (sorry) title. I do genuinely believe, music wise, Kanye is a gift that keeps on giving. Kanye first gained notoriety as a producer for Roc-a-Fella Records, Jay-Z’s record label, through his distinctive use of chopped up soul record samples in his beats. Always pushing the envelope with his sound and use of samples in every single one of his albums, with which he would inspire a generation of producers (I personally still miss the old Kanye, chop up the soul Kanye, but it is what it is). Through online producer forums and fan platforms, instrumentals and acapella’s from almost all of Kanye’s discography have been made available for producers to get creative with. From using samples to create beats to now being a provider of samples for aspiring producers to use and hone their craft, Kanye’s development as an artist has got a nice kind of circularity about it.