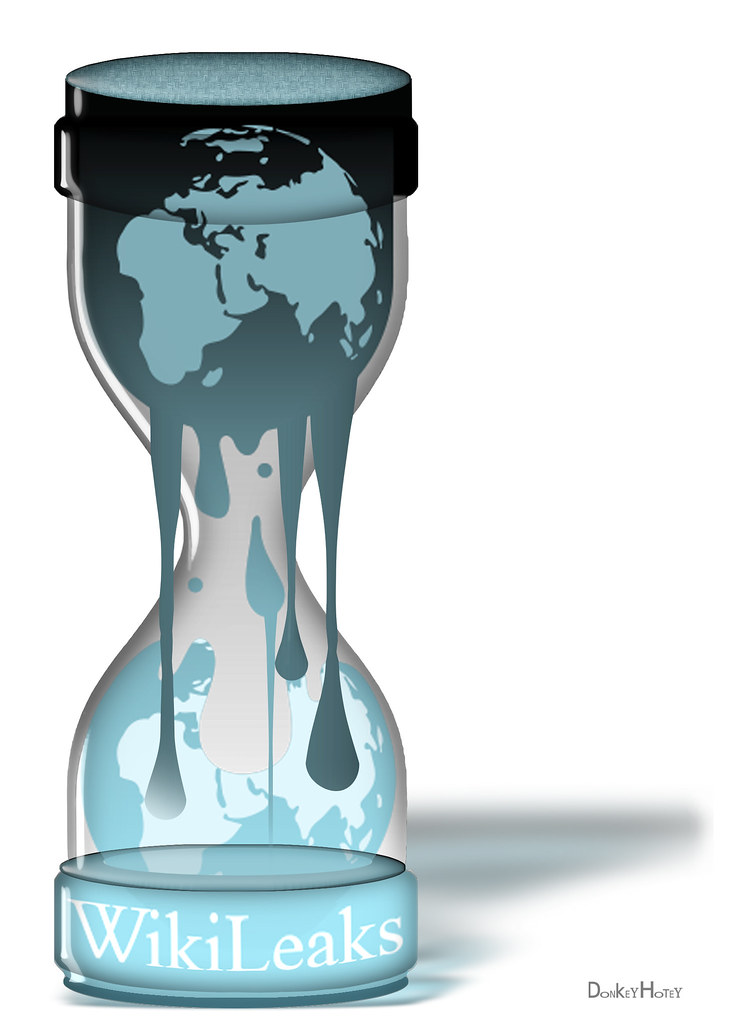 Wikileaks has become famous through publishing secret information. With its new and radical approach to the freedom of information, Wikileaks distinguishes itself from classical news organizations, but it does not exist completely separate from them. Wikileaks, for example, has only been able to gain such prominence and thereby such a huge audience because it collaborated with some of these traditional news platforms. The interplay of the two is the subject of this blog. I will first introduce Wikileaks and then give a short historical snapshot of the collaboration of Wikileaks and traditional news platforms on Cablegate. Finally I will discuss what challenges and opportunities Wikileaks poses for traditional news platforms and how some of these platforms react to the changing face of journalism in regard to Wikileaks.

Wikileaks is a non-profit organization that publishes information leaks from anonymous sources. Since its founding in 2006 Wikileaks has released about ten million documents on a broad range of topics. Wikileaks describes itself as “an uncensorable system for untraceable mass document leaking“. Wikileaks basically publishes all information that has previously been hidden in any way by governments, government officials or corporations.

In 2010 Wikileaks first received the now famous video named “colleteral murder”, which shows U.S. Army helicopters shooting at Iraqi civilians. This was the first major collaboration with traditional news platforms. Later that year, Wikileaks received classified cables that had been sent to the U.S. State Department by diplomatic missions all around the globe. After Wikileaks released one cable it started collaborating with multiple media platforms around the world. This time, real collaboration was needed since Wikileaks had a different opinion on how to release the leaks, compared to the traditional platforms. These did not want to publish all cables, and wanted to read and curate the content beforehand. Wikileaks contrastingly, wanted to publish all cables immediately and let the readers index the information. After jointly publishing 227 curated documents, Wikileaks published the unedited 251,287 remaining cables single handily in the coming months. The story of cable gate put Wikileaks on everyones radar, with extremely varying perceptions, resulting in varying reactions.

The Challenges to Traditional Mass Media

In the following I will name some challenges that traditional mass media is currently facing and trying to overcome by various means. Wikileaks is far from the only cause of these challenges. But, Wikileaks can be seen as an amplifier and embodiment of the difficulties classic news organizations face.

Changes internal to mass media organizations include increased competition due to the erosion of the classic media market structures. The emergence of the internet led to new forms of news media and new ways of disseminating them. In addition, new actors entered the market like online news outlets, social media sites spreading news, news aggregation sites and blogs etc. There were also non-market and non-profit entities taking an increasingly prominent role in the production of information. Instead of being monopolized, the information production now became much more decentralized and classic news organizations had to adapt. Some of the implications of this are: disinvestment in newsrooms (since resources were increasingly dedicated to other places), audience fragmentation and audience migration. The changing landscape of the information industry requires traditional news organizations to adapt. They have already done this for a great deal, as they increased their online presence and collaborate with other organizations, like when using videos uploaded to YouTube as an important news source and mode of presentation.

When regarding the news media landscape as a whole, it seems that old and new organizations react to each other and take each other seriously. Rather than strictly dividing “good” professionals and “bad” amateurs, the interaction between news platforms includes a great amount of different kinds of news organizations. An example would be the case where the News Delhi Television published a story that Obama spent 200$ million on one day on his visit to Mumbai. I will not get into great detail here, but there were wrong doings by old and new media organizations and there was a great deal of reactionary behavior, where also the old media organizations published and revived news as a reaction to news published by new, small media organizations. You can find a full record of this story here. Concluding, the networking of multifaceted actors in the information market can solve complex information production problems.

Cooperation, or rather, Battles Beyond Journalism

Since this here is a blog, in this section I will bluntly portray my opinion on the interplay of new and old news media organizations, which is: Traditional news media organizations feel threatened by Wikileaks and co. for various reasons, and therefore harshly attack them, and try to discredit new forms of decentralized information production. To qualify, I believe there are also falsely placed critiques of old media platforms, saying that these are all corrupt. But, the attack by old on new media, especially Wikileaks, are more immediate and severe. The media organizations Wikileaks collaborated with during Cable Gate, were the ones that most harshly critiqued them, and especially mocked and demonized Wikileaks founder Julien Assange. Please read this article by Keller in the New York Times. As traditional news media platforms try to preserve their identity as professional and responsible news outlets, they segregate and vilify nontraditional news platforms and individuals within them. This has a horrible effect: The more these new news platforms are pushed into a corner and labeled as irresponsible radicals, the more they are at risk of being attacked by legal or extra-legal means. Even though the law is on Wikileaks’ side, just as it is on the side of the old news organizations, the socio-political framing of Assange and the discreditation of Wikileaks’ techniques had a large impact on the vulnerability of Assange and Wikileaks. The day after the New York Times published the first Iraq War logs, it ran a cover page story making fun of Assange.

We need to fill the gap that the erosion of traditional news media platforms left, with new, creative, decentralized and diverse information production techniques and outlets. But rather than actually supporting this, many traditional news organizations vilify new forms of media, to distinguish themselves. The U.S. Administration openly condemns Wikileaks and also openly supports classic news media outlets. This gives the impression that traditional news media organizations play the watchdog of the administration. They are not bystanders of the current human rights violations happening to Wikileaks founder Assange, but are primary actors in the process. The message spread by Wikileaks is strong: Individuals have the power to challenge those in power. The freedom of information can be dangerous, but the concealment thereof as well. We have to decide how to fight for the integration of new decentralized information production in our world.

Brevini, B., Hintz, A., & McCurdy, P. (2013). Beyond WikiLeaks: Implications for the future of communications, journalism and society. Springer.