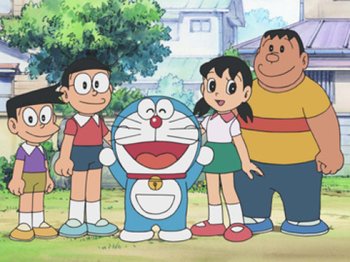 Growing up I watched a lot of animated series, and I still do because they are amazing. My animation journey thus started early on with baby-books, followed by educational channels, followed by the infinite imagination of anyone with a budget and connection to a broadcasting network. Just like sommeliers, an animation connoisseur will be able to distinguish various types of animation, and not bunch them all together like my dear mother would suggest. The form this blogpost focuses on will be cartoons, with special regard to Anime. If you are familiar with anime and its printed version manga, you might already have noticed that Japanese Comic Culture has several features that differentiate it from mainstream Western Comics. In order to make this distinction clearer I will elaborate on both styles in the next paragraph. Since this is a blog on the Digital, I further want to point out how digitalization has changed how these cultures are consumed, and the implications / judgements this kind of digitalized culture has brought forth.

While they are many approaches that argue that Cartoons and Anime are not the same thing given their generally different characteristic features, this blog will assume that they are. Why will this blog assume this? Generally speaking, ‘Anime’ was born out of the English word ‘animation’, and is used in Japan to describe any style motion-picture animation, thus if you are watching Dreamworks, you are watching Dreamworks Anime. As Westerners, we are great at not doing the culturally sensitive thing, and thus in the Anglo-Saxon world, anime is often instead used to describe a specific style of cartoons originating in Japan.

While this discussion focuses heavily on terminology, all would agree that Western cartoons and Japanese Anime have distinct features. Cartoons tend to have physically exaggerated features and often don’t follow a theme of realism when it comes to drawing. The viewer is to be removed from the known reality, and inserted into a world of desire, exaggeration, and quick-fixes. Anime, on the other hand, generally portrays their characters very humanlike, including realistic body features and proportions. These characters will often have a very complex character construction and have to deal with more serious themes. This brings out another noticeable difference, in that Anime often focuses on long-term storylines, where characters can grow and evolve. Most Western cartoons are satisfied with characters that can deliver short-term satisfaction, usually on an episode to episode basis where at the end of the episode everything usually resumes to the initial setting of the show. While continuity does exist in both forms, it is more prone to be found in Anime.

In summary, cartoons and anime are the same art, but with different overarching characteristics.

So what did Digitalization ever do for anime??? Well, it is probably the main reason why I was able to fall in love with Portuguese-dubbed Sailor Moon in the first place, and why the ones who watch Anime outside of Japan are even able to do so too. With the rise of interconnectedness, various cultural art outlets were internationalized, and the style that was so unique to Japan was able to proliferate all around the world. And with mobile technology literally at our hands, all these anime outlets can be accessed, as Shakira correctly said, whenever and wherever. Art rarely crosses just one boundary of life, and soon the language that was woven to anime culture became available to us. The term that always drew my attention was the term ‘Otaku’, which describes someone that has a deep understanding and liking of a specific thing, in this case, anime or manga. In other words, it’s a fan. Nevertheless, as I grew older, I realized that this term is often not used to describe a fan, but rather someone that has bad social skills, is isolated, unhealthily obsesses over something, and makes their obsession into their life’s essence.

How did we get from being a fan to having bad social skills and being unhealthy?

And for this, I actually found a pretty quick explanation. From 1988-89, a man known as Tsutomu Miyazaki killed four girls in Saitama and Tokyo, Japan. During his arrest, various anime and horror movies were found in his possession which earned him the title “The Otaku Murderer”. This created a moral panic in Japan regarding Otakus, saying that isolation and animation were the main culprits of these crimes. The stigma seems to stick, and today, Otaku is often still seen as a negative word. Tbh I don’t really buy it, because this seems like a similar argument to the one that Warfare / Killing Games cause violence, but I have yet to murder the Cardinal of Florence’s Guards to obtain The Apple of Eden. What is often disregarded in such instances are the many other reasons that have led to this tragedy. Tsutomu was born pre-maturely, neglected by his family, and developed schizophrenia, meaning that there were no proper social skills in the first place to have handled anime, even less so life itself. And while it is easy to blame an individual and his choices, this is just a quick-fix so we stop feeling bad about collectively contributing to the realization of such crimes. Anime and Manga were taken as the main reasons why such tendencies developed in Tsutomu, and while I do agree that they might have had an influence, it is more about society failing a mentally-ill man, and four young girls had to pay for this failing, than a man watching anime. This seems to be a common move for older and right-wing people to dismiss technology, thus aiming at diminishing the achievements that our generation has brought forward with technology and the globalization of art.

Having this in mind, the term ‘Otaku’ will most likely still be used in a derogative manner in the future, as the fear of technology is unlikely to ever go away. To those people, I would just say: Prepare society for the power that lies in technology, instead of shaming people that use their right to pursue it. And if you don’t like anime or cartoons cause they are ‘childish’, there is nothing more childish than disregarding someone’s passion for something just cause they don’t align with your tastes. If it’s ethically reasonable, just shut up if you don’t have anything nice or constructive to say, maybe say nothing at all.

And to finally reply to the title question: Yes, I am.

While I personally see Otaku isolation as not necessarily bad given that I really enjoy the time I get to spend by myself cause it re-energizes me, and leaves me to be creative and innovative on my terms. many see this as a big issue in Otaku-ism. I’m not gonna further argue if isolation is bad or not, that is up to everyone to decide on this individually. However, a couple of years ago I came by this animate video which has as its main themes Otakus and the isolation from reality into the digital, and it’s quite interesting so here it is.

TW: there is explicit nudity, sexuality and violence depicted in this video.