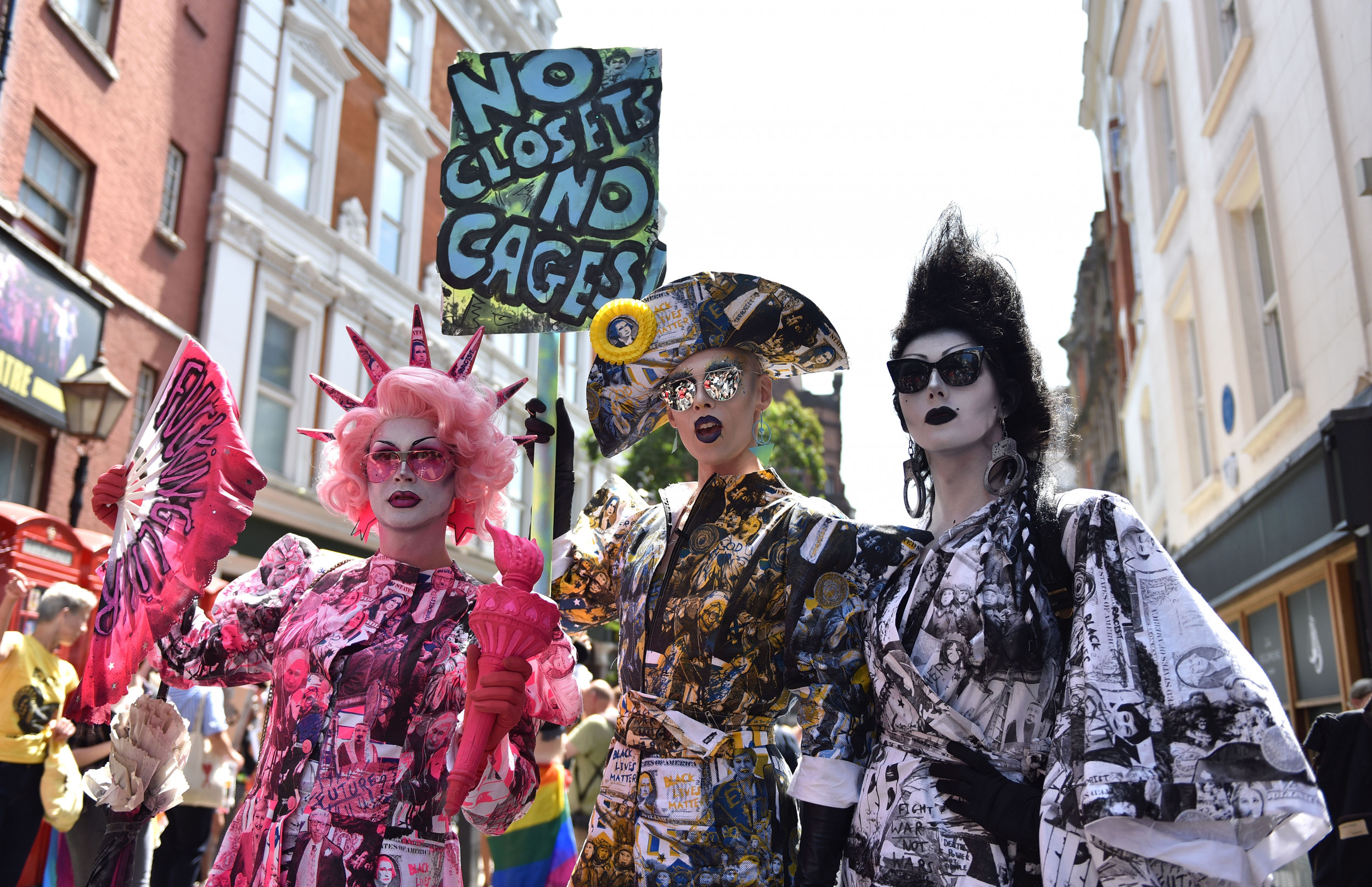 Now more than ever before, LGBTQIA+ people are represented in the media. Pictures of Drag Queens/Kings, pride flags, and coming out videos/posts have become so much more of a norm in Western society. These images are circulated, as any other image would be, through digital media. LGBTQIA+ representation is not only important for how queer people are seen and understood, yet is also a powerful tool in helping queer youth feel seen as a valid human being.

Everyone in the world has an identity related to how we express ourselves and our values. Sexuality and gender identity are two parts of our identities that we can interact with and express to the world. In the past, a large majority of Western media has focused on the representation of cis, white, and heterosexual individuals and couples. Minority groups including LGBTQIA+ individuals have been misrepresented or not represented at all in the media in the past. The problem here is: since most humans are exposed to media all of the time in their daily lives, this misrepresentation may negatively shape how we think about queerness and LGBTQIA+ people. Media and Digital Culture often influences what we think is acceptable (or not acceptable) in our society.

We now live in a world where LGBTQIA+ visibility is at the forefront. Websites such as YouTube, Instagram, and Twitter are filled with ‘coming out’ posts from LGBTQIA+ people. LGBTQIA+ culture is shared and distributed largely through digital platforms, and people have the opportunity to receive public support and validation about their sexuality and/or identity, as well as become educated about the struggles of LGBTQIA+ individuals. Coming out online is now part of the social process of being queer, which often can result in a sense of belonging and aids in identity formation. With visibility, however, also comes vulnerability. Any post in the media is subjected to comments from anyone, anywhere. Hateful comments and posts from hateful and/or violent people are also distributed, which can be detrimental.

I have personally been a strong LGBTQIA+ ally for as long as I can remember, and engaging in queer media allows me to stay educated, educate my peers and family (by sharing posts, etc.), learn about mental health, and also learn how I can help to support individuals of the LGBTQIA+ community. I see education as the first step toward acceptance. Growing up, I was lucky enough to be exposed to media of people with different races, religions, sexualities, and beliefs. This life experience has allowed me to be open-minded and accepting of all people.

Not only is LGBTQIA+ representation important in validating people’s beliefs and values, but it can also be used as a political tool. In today’s political climate, LGBTQIA+ people and especially LGBTQIA+ people of color are being targeted for simply being who they are. To me, queer visibility and transparency in digital culture directly speaks out against racism, homophobia, and transphobia. The queer people of today can (and are) working towards new representations of LGBTQIA+ people in the media, in order to break down stereotypes and provide accurate depictions of people everywhere. One example of the power of digital media and culture in politics is the change in the LGBTQIA+ pride flag. In the aftershocks of the Black Lives Matter movement and an increase in violence against black trans people, people of the internet called upon the change the pride flag. The focus shift onto black and brown people, especially black and brown LGBTQIA+ people will hopefully allow for more visibility and acceptance.

Overall, interacting and engaging with LGBTQIA+ media and digital culture brings me joy and hope for the future. I hope to see LGBTQIA+ people being their true selves, and for this to be represented everywhere and accepted by all.

Please comment what you think about LGBTQIA+ representation in the media as well as any personal experiences you may want to share! Thanks for reading 🙂