We all know that Netflix likes to make a profit. We have all seen the numerous remakes or sequel movies or seasons of a series that should have never been made. Subsequent movies and series that are not only qualitatively bad, but also kill the story arch, twist the characters and repeat the same pattern over and over. But that is not the only thing Netflix (and most definitely other streaming services as well) is monetizing. In my personal Netflix account (I don’t know if this is a general thing, or just me) it is becoming more and more a theme that “the old” is somehow made shiny again. Whether it’s remakes of old movies or series, variations on previously produced material or the use of archeological findings and historical tellings, it is all used by Netflix to garner more views and attract new interests.

Remakes have been of all times and existed on all media, but the speed and efficiency of the remake-mill nowadays makes it so special. Without even knowing it, younger generations consume remakes as if they are new. Not knowing that their newest series obsession has actually been around for longer than they’ve probably been alive. Many youngsters don’t know that Riverdale is in fact based on the Archie comic book series, that the Crown was actually first created in the 90’s, as was House of Cards, or that Dear White People was the series adaptation of an earlier movie. And that is not even to talk about the remakes with a twist that have been popping up on the streaming service. The newest of which is the gender-swapped version of the long-loved 90’s teen flick ‘She’s all that’. If you’d not know any better, you would think that it was a Netflix original, in all its cliché parts and turns. Netflix loves to look back and generate newer, shinier versions of what has created waves in the past. And I’m not sure to blame them for not clearly referencing the origin of their ‘new’ production or thank them for the delightful remakes they create and the hours I spend enjoying them. 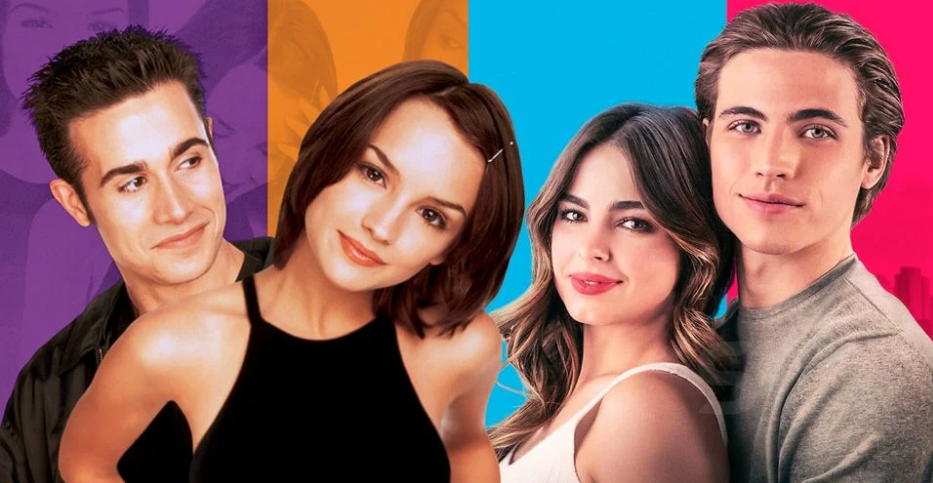 But not only older movies and series are the object of remaking and retelling for Netflix’ producers. History has been a source of inspiration for television makers since the beginning, and Netflix is no stranger to this. Numerous histories have been romanticized, dressed up and turned into star-packed period dramas for viewers to consume all over the world. The first historical drama I got sucked into was ‘Reign’, the overly romanticized telling of the life of Mary Stuart in the French court in the 1550’s. I was immediately enticed by the storyline, the dramatic costumes and the intrigue that apparently was part of a life in court. The fact that they took a story out of a dusty history book and turned it into an intriguing, addicting and exciting series to watch is something that I can only thank the makers of period dramas for. Reign was the first, but definitely not the last historical drama that I came to love, there was Outlander, Roman Empire, Call the Midwife, Troy, The Other Boleyn Girl, the Last Czars and the one that is now occupying my Netflix account: The Last Kingdom. Although I know that all these stories are enlarged, made more eventful and romanticized to the maximum extent, I would like to imagine that life in the past was really as heroic, grand and intriguing as these stories make it out to be. Plus, I feel like I do learn something from these stories and about the characters they chronicle, even though it might be in a bit more romantic way than their reality was.

And then there is the last string of series, movies and documentaries that make use of “the old” to inspire new interest: the use of ancient sites. The extent to which Netflix does that only became clear to me when I had to read an article for one of my other courses that talked of ‘Göbekli Tepe’, the oldest found architectural site in the world. But this article was not the first time I had heard of this mysterious and exciting archeological finding. I had watched the Netflix series ‘Atiye’ or ‘the Gift’, which uses this site as a background and starting point for an epic and supernatural story of ancestry, alternate realities, star-crossed lovers and intertwined fates. Netflix had capitalized the oldest, generally thought of as sacred, archeological site in the entirety of the world and created a whirlwind story around it. But Göbekli Tepe is not the only site Netflix has visited, it also created a documentary about the excavation of a part of the Saqqara Tombs in Egypt and uses tons of historical buildings in many of the historical dramas I named before. One of the promotional images for the Turkish Netflix show Atiye/The Gift. On the background you can see the archeological site of Göbekli Tepe.

Netflix has successfully used parts of the past and revamped them into new and shiny series, movies and documentaries to garner new interest and broaden their supply. In part, this feels unethical, misinforming and exploitative. But on the other hand, the content that is created is immensely enjoyable and might, at times, even be informative. Once again, I’ve reached an impasse on how I feel about Netflix. It seems to be balancing on that small ledge between wrong and right, between enjoyable and exploitative, between old and new. But once again, the favorable side seems to be taking the overhand as I enjoy the created content too much to really be angry about the possible exploitative side.