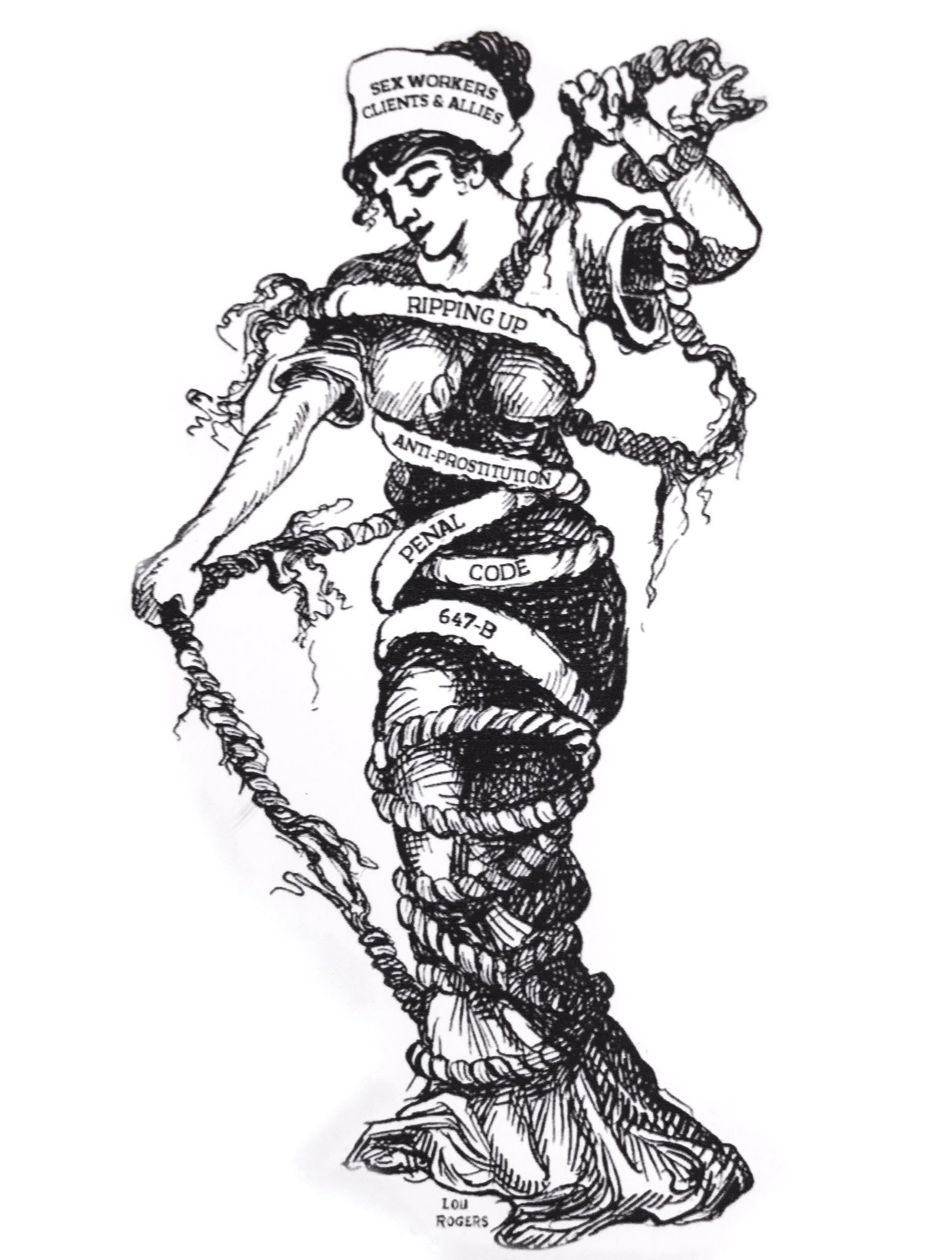 What is sex work and why should I care?

When the topic of sex, sexuality and sex work enters a conversation, different reactions arise. Some argue that it is an ethically questionable work-line, an invoke terms such as ‘slut’, ‘whore’, and many other derogatory descriptions. Often people’s negative inclination comes from personal experiences and/or insecurities relating to sex, or ideological convictions that aim at making the world of sex and sexuality taboo and shameful. These convictions are not what guides this blogpost, as many consider (myself included) the area of sex work, as a valid and often liberating work form when it complies to ethical standards that respect peoples’ autonomy, dignity, and integrity. This is true for every work-line in the world: ethical standards is what creates the distinction between work and exploitation, which brings me to a necessary distinction.

The implications that arise from sexual exploitations are often linked to the field of sex work, as both make use of the body (the means) to get sex (the outcome/product) for money (the profit). The differences that matter most are the differing levels of consent and autonomy, which are thus linked to a person’s integrity. A victim of sexual exploitation has neither given consent, nor are they allowed to make use of their autonomy, as they are forced into this labour through violence, threats, and other forms of coercion. The blocking of a person’s autonomy, such as through robbing their right to consensual acts, in turn has various implications on someone’s integrity, and usually leads to various kinds of physical and mental traumas.

A sex worker on the other hand, makes use of what is rightfully theirs, mainly their body, and willfully utilizes it to make an income to survive. In this moment in time, we probably have one or two readers that might still think “But why does it have to be sex?? what will their kids think? what will their parents think?? WHAT WILL GOD THINK??”,  and to those here a general philosophy on ethical work:

Sex is what brought you to this world (not you, dear In-Vitro Friend), so it can be characterized as one of the most naturally occurring human phenomena. Now, all animals have sex, but only humans have the cognitive capacity to create a whole belief system that stigmatizes sex, but why do we stigmatize it? Does it hurt you in any way if I use sex in an ethical way to make a living? I’m really good at sex, so why shouldn’t I make use of that talent in a market that has existed for as long as humanity has? I know you probably think you are coming from a place of what-is-best-for-me, but what is best for me is not the stigmatization of my work-line. What is best for me (and generally for any sex worker) is that we are free and safe to pursue our ethically complying work, without having to feel ‘ashamed’ for our work. Shame is socially imposed, so let’s impose it on a work-line that actually deserves it, like the child workers that made your Primark sweater.

While for most of the time (mainly due to the shame of society) sex work has not been as visible, the rise of the internet created many new outlets for sexual stimulation to be available. Sex Work takes many digital forms, from Online Sex Chats, to Pornography Sites, to Escort Services. These platforms allow for new standards and perceptions of sex to flourish. Many people don’t just ‘wanna get dirteey’ anymore, but seek through the Online Sex Work to improve their knowledge on sex and sexuality. I mean, sex was hidden and not talked about for so long, no wonder that people are finally able and willing to talk about it in a forum that normalizes sexuality. These digital platforms have elevated people out of poverty, helped them get their kids to school, and fostered a healthy atmosphere for sex and sexuality to be explored. And the great thing about online sex platforms is that if you don’t want to participate in them no one is forcing you to, unless you want to discover the many magnificent ways sex and sexuality can be represented.

The dangers for sex workers

Although it is considered by some as the ‘oldest profession’ in the world, the regulations guiding this work-line are in need of a dire update. In many countries, sex work remains illegal or highly unregulated, which brings considerable dangers to sex workers. Many are thus often not allowed to earn money, and often these regulations are highly tied to the acceptance that sex has in the public sphere of a given country. The fact needs to be reiterated that it should be in anyone’s right to use their body as a means for labour, as long as its motivations stem for ethical reasoning and cause no harm to anyone. The regulations governing sex work do, however rarely come from ethical reasoning, but rather from moral imposition. Censorship is thus a big problem in Online Sex Platforms, and in many cases this means that Sex Workers are at the whim of governments’ decision. Having no rights to regulate their work, this makes them extremely vulnerable in a work-line that already doesn’t offer many viable safe options to communicate their services to the outer world. Thus it becomes imperative to extend their rights into the realm of the digital, as abuses in the digital world are as present as in the real one. Examples of this would be Instagram deleting the accounts of sex workers, Tumblr removing NSFW-rated picture from their webpages, and YouTube’s crusade on videos regarding Sexual Education and Liberalization (while leaving alt-right videos up, just saying.)

In Conclusion, sex work is work that follows ethical premises as much as other work-lines, and should be given the rights that every other work-lines have too. Regulations and Rights are necessary for Sex Workers, just as they are necessary for other work lines, and it is them that differentiate ethical jobs from unethical ones. This is not to say that there are not various problems within the line of sex work, f.ex. those involving the subjugation of women, or the-saviour-of-last-resort problem where people see themselves forced to partake in sex work to sustain themselves, etc. These are all very serious problems that need to be addressed, but they don’t fall under the category of ‘ethical sex work’ as they often infringe on the necessary conditions of autonomy, consent, and integrity, and should thus not be generalized with sex work.

If you liked the topic and want to get more informed, here as some links to articles and videos on the topic! 🙂