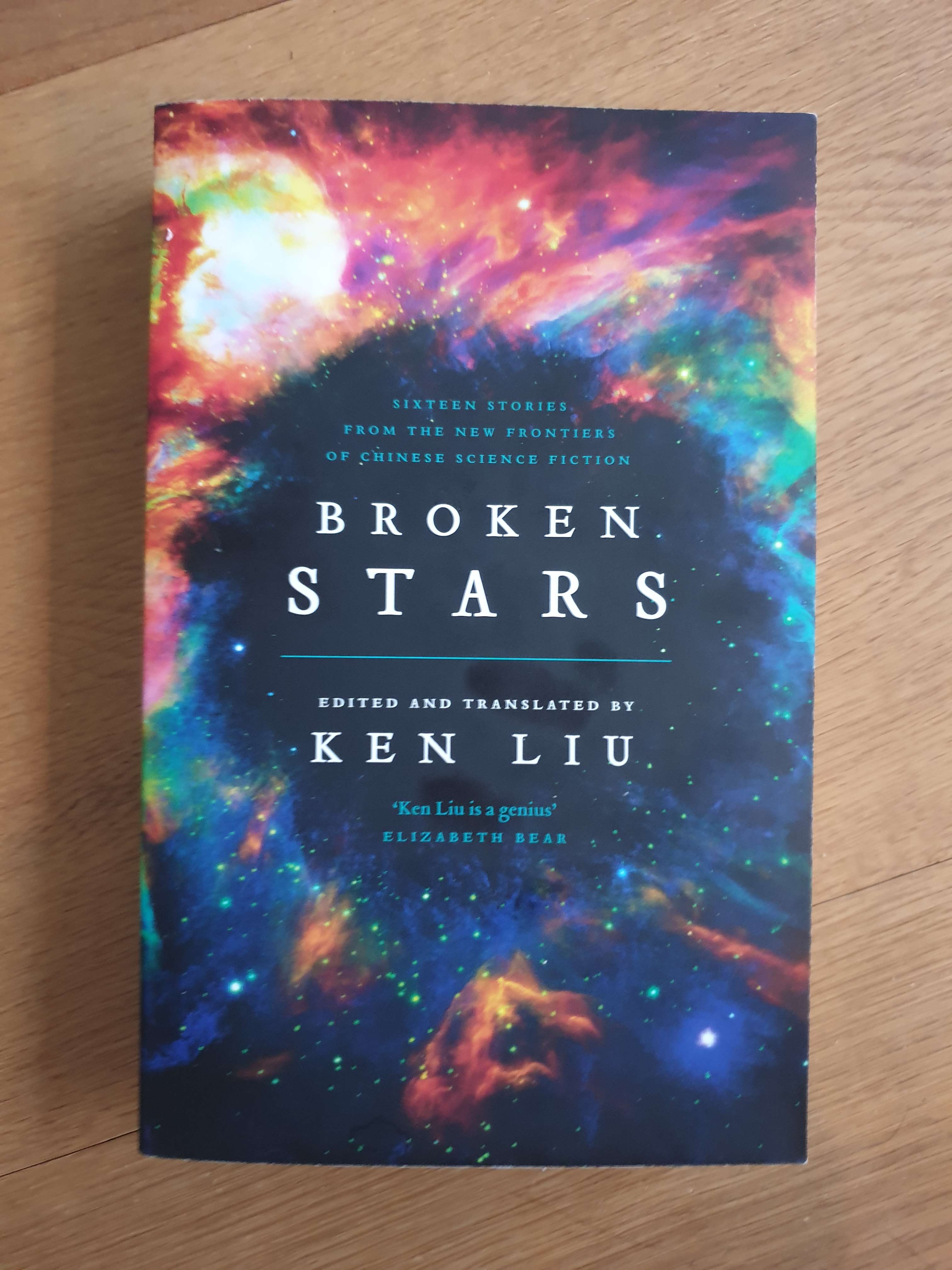 Science fiction is one of my favourite genres at the moment, I enjoy anything from the casual Killjoy tv show to reading the books by Ursula Le Guin, so when I saw a new short story collection in my favourite bookstore, I did not hesitate to buy it. The book I picked up was Broken Stars, a collection of short stories written by Chinese authors and translated by Ken Liu, a science fiction author himself. This book combined two of my main interests, one obviously being science fiction, the other being China, or more specifically China’s development as a world power, and as a high technology nation. I had bought an earlier short story collection translated by Ken Liu before, so this wasn’t my first time being in contact with Chinese science fiction literature, but once again, reading throug the stories I realised how science fiction in China is still a very unknown topic for many science fiction fans in Europe and America, and also that, taking China’s censorship in mind there is still so many stories to be told, even though many of these stories in the book can be seen as political in nature. In today’s blogpost I want to dedicate some time to introducing you to Chinese science fiction, and it’s history

A historical overview of Science fiction in the PRC

Science fiction in the PRC has a long history, going back to the 19th century during the Qing dynasty, when modern science fiction arrived in China at the hand of translated science fiction novels from France, as well as through original stories. These stories were very much political in nature, with early intelectuals claiming that science fiction was essential to the development of the nation, and were regarded as having to carry social responsibility. Thus these stories were supposed to spread understanding of science and politics. This attitude of science fiction as tool to educate the people remained popular, even after the establishment of the PRC, when popular stories were used to teach people of the astronomical bodies in the universe, as well as introduce people to the ideology of communism (Kanyu Wang 2019) . What an article by Song notes, is that science fiction as a genre was constantly seperated by periods where it was banned, for example she notes that after this first wave, there was a nearly 20 year ban on science fiction during the cultural revolution, then during the 70’s there was an uptake again, after which strong restrictions were once again placed on the genre during the 1980’s and early 1990’s because it was seen as promoting capitalism. In the last two decades there has been an uptake again, with more stories and movies reaching international audiences as well. What is interesting to note is that throughout this history science fiction has been positioned as inherently politcal, either as a positive force to spread the ideology and inspire people to be active within the sciences to improve China’s standing and ‘development’, or negative as a force to undermine and threaten the position of the Chinese Communist Party.

If you have an interest in China, you might have heard or read about the controversial genome editing that happened in China in 2018, when the scientist He Jiankui anounced to the world that he had edited the genes of two embryos (that at that point had been born), leading to international discussion on gene editing, where references to the science fiction movie Gattaca jump up every once in a while. Or maybe you have heard about China’s social credit system, which has by many western media have described as George Orwell’s 1984 coming to live? These are some examples of science fiction becoming reality, or maybe its more appropriate to state, it is using science fiction to understand social developments.

What I have tried to do at the hand of this blog post is first and foremost to give you a short introduction to science fiction in China, but maybe at a deeper level also explain the political nature of science fiction, the way it is controlled, can be used as propaganda, but also can be used to make people question the norms in a society, this is why science fiction has the history it has in the PRC. In my understanding, science fiction can be used as thought experiments to understand the implications that technology has and can have on our lives, from an ethical perspective, as well as as political and cultural. Is science fiction a good medium to use to discuss these issues?