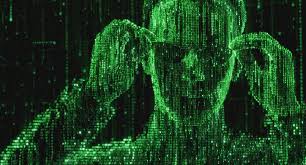 In regards to last week’s discussion about podcasts, I decided to listen to one this morning. As I was waiting for the train I started listening to this Philosophy podcast that was still in my downloads on Spotify. When the train arrived and I sat down in the coupé, I listened to a podcast about Jean Baudrillard’s Simulacra and Simulation and was inspired to think about what his theory actually means in today’s society and how it is reflected in popular culture.

You probably know some of Baudrillard’s ideas and theories through the famous Hollywood movie: The Matrix. Where the protagonist has to deal with the confrontation and layering of living in a simulation and is confronted with ‘the real world’. The possibility of the world being a simulation is already very old. The Matrix goes into these ideas and translates them into a hugely popular movie.

In Baudrillard’s Simulacra and Simulation the idea is sort of like the Matrix. There is a world, but it is constructed (a very postmodern and poststructuralist perspective). And this world, the societies within it, are all based on consumers. Everything you buy is a sign (in the Saussurian definition) that says something about who you are, where you come from and what place you have in society. This society and identity that is based on consumption and consumers is very relevant and accurate as of today. Societies are thus based on sign-value, the value of the sign, in this case, luxuries, objects, clothes, or a little bit more modern: technologies.

For Baudrillard, the entire society is organized around consumption and display of commodities through which individuals gain prestige, identity, and standing. In this system, the more prestigious one’s commodities (houses, cars, clothes, and so on), the higher one’s standing in the realm of sign value. Thus, just as words take on meaning according to their position in a differential system of language, so sign values take on meaning according to their place in a differential system of prestige and status.

About Jean Baudrillard from ‘Stanford Encyclopedia of Philosophy’

This consumption society is very alive to this day. We see technologies, especially the newest ones, as signs of an individuals prestige and identity. Taking on meaning and even creating stereotypical realities regarding certain groups or surrounding certain objects. But, this is not the only idea of Baudrillard that links to the digital era.

The theory of simulacra and simulation connects very well to today’s digital media. Baudrillard speaks about postmodern societies that are organized around ‘simulation’. With simulation, he means that societies are organized around representations that focus on ‘simulating’ reality. In this case, this immediately refers to the media. The media creates stories, photographs, pictures, social contacts etc. that all simulate the ‘the real world’ and reality.

In addition, his postmodern universe is one of hyperreality in which entertainment, information, and communication technologies provide experiences more intense and involving than the scenes of banal everyday life, as well as the codes and models that structure everyday life.

About Jean Baudrillard from ‘Stanford Encyclopedia of Philosophy’

In this manner, Baudrillard is actually reversing a general idea. Instead of thinking that we are able to control reality and construct it, it is actually the media who create these realities. So, even when we think we see reality, we actually see media. Think about it, everything we see on the news, on social media or even information we gain from other people is actually mediated. Thus, we are not the ones creating and constructing reality, but the media is. Media precedes reality.

This gives a new perspective to understanding what media actually mean and do for us in our current society. Does this mean we should be careful with media, avoid it, or is it actually unavoidable? That is a question I leave up to you as a reader, to maybe inspire some complex philosophical questions and thoughts.

Baudrillard and The Matrix

What I want to get back to is the film The Matrix. There has been a lot of critique on the way the Matrix deals with Baudrillard’s theories. Of course, it is a Hollywood movie, not another academic writing about other academics. But, there is one interesting thought about the film that interests me.

The film deals with this idea of a simulation and how media construct this, in the film the media can be seen as the antagonists in the story, the machines. We, humans, are the protagonists in the film, we try to figure out how to get to reality and deconstruct the mediated world to get out of the simulacra into reality. The film follows this storyline and in a way critiques how society is mediated in this certain way. But, the film itself actually contributes to the simulation. With being a form of media itself it also forms a certain construct of reality and brings meaning as a sign. The film itself has a sign-value and thus says something about someone’s identity and interests. The film is part of the simulation while actively trying to deconstruct and rebel against it in its own storyline. I think this is an interesting perspective when approaching cultural phenomena, like films, that represent themes and have a place within reality.