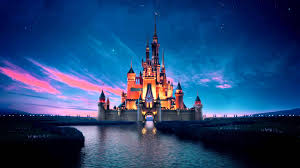 For my last blog, I decided to direct my attention to an interesting current phenomenon: warnings and disclaimers.

Over the last couple of years, there has been more attention for what many call ‘political correctness’, I feel in most parts it is just common-sense, but sure we can call it something political if you would like. It entails the notion that whatever a person says needs to be politically correct, or, in other words, to not make racist comments, to take each-others feelings into consideration and to primarily not offend any group within society.

As a result, many content makers use disclaimers and warnings to, in a way, apologize if they do offend anyone because it was not their intention. This is, of course, debatable already, does it actually help to put a disclaimer on a video if you are still going to offend large groups of people? Is that really being considerate or is it actually doing the opposite?

Disney+ : The Problem with Disclaimers

I wanted to focus on how the new streaming network Disney Plus has decided to put warnings and disclaimers onto their older content. Films like Peter Pan (1953), Dumbo (1941), The Jungle Book (1967), The Aristocats (1970) and some early Mickey Mouse shorts, got the warning:

‘This program is presented as originally created. It may contain outdated cultural depictions.’

The warning is not very specific, it warns for scenes in the content that may show cultural insensitiveness. On the one hand, it is a good decision of Disney, who dominates the film industry, to make a decision like this. To show viewers, we do not agree with this scene from a contemporary perspective. Although, they do not explicitly state this. The warning is vague enough to let the viewer itself interpret if the scenes are offensive to them, but at the same time direct this blame not to Disney itself, but to the viewer.

That is one of the problems with content warnings and disclaimers if they are not formulated correctly. They direct the blame not to the maker of the content but towards the interpreter. Storytime: I used to have these ‘verbal-fights’ with my sister. And she would always win the fight by stating ‘yeah, but that is how you interpret it.’ What do you say to that? Well, not much. It directs the blame not to the person stating the offensive, but to the interpreter of that ‘offensive’ term. As a result, Disney avoids taking the blame and being responsible for actually uploading that content to their new streaming service. They leave it up to the viewer to decide.

In a way, it is not at all bad but it does not show the diversity Disney wants to aim towards. Especially, when taking into consideration that the warnings are only present on the English/American version of the network. Not on the Dutch version for example. This already shows a culturally specific decision in placing the warnings only when using a certain language, while others are excluded. What because Dutch people are never racist? Sure, Disney, sure.

The warnings from Disney show an ongoing trend of them to portray themselves as diverse and inclusive, while actually this is not the case. Take the new Frozen film Frozen 2. There were A LOT of rumours going around of Elsa’s role as being a metaphor for being gay or being transgender. (You will see Let it Go in a whole new light, believe me). So, a lot of people were enthusiastic to see if in Frozen 2 Disney would finally make that step. Well, spoiler alert, they did not. It was the same with the Beauty and the Beast live-action film (2017), where Disney hinted towards the character LeFou being gay and crushing on his friend Gaston. But even this is not mentioned and only hinted towards in the last scene where LeFou suddenly ends up dancing with another man. (Check this clip at 1:27)

Disney is trying to be diverse but is not making the cut. They are stuck in taking baby steps, while still keeping up the façade of being inclusive and diverse. While in reality, this is very minimum. The same thing accounts for the trigger warnings, they try to be sensitive and be ‘politically correct’ and in a way they are, but still with these tiny baby steps. Instead of actually acknowledging the faults in their history.