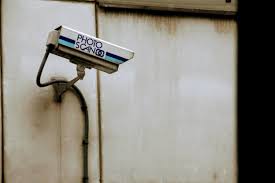 Since the People’s Republic of China announced in 2014 that they will launch a new system that is supposed to make sure it’s citizens and corporations will become more trustworthy (as the China Daily has reported), it has been a hot topic of speculation among Western journalists that cover China of what this system will look like and how it will impact life in the PRC as well as how it will impact the world abroad. Many comparisons have been made with dystopian stories such as 1948, or Dark Mirror episodes, such as the episode Nosedive, which tells the story of how a woman loses her socioeeconomic status due to her rating as a likable person drops. But what the social credit system actually is, is not clear for many, and misconceptions are out there, playing into our worse fears of what such a system would mean. This blogpost is meant to highlight some of the issues concerning the social credit system, and surveilance in North American and European states.

First up, I should mention, we do not actually have access to many details concerning the way the system, that is proposed to launch in 2020, will work and which datapoints it will collect, as we are reliant on the Chinese state to share this info, and they are not as much interested in that. What we do know is what Chinese officials and media have reported. According to the Chinese newspaper China Daily, the system will focus on a number of factors, including information about finances, taxes, and traffic violations. The system works in such a way, that those who break regulations and laws can face issues with being allowed to participate in society, such as not being able to buy airplane or highspeed train tickets, not being able to send children to private schools, attend university or get a loan or mortgage. These are measures that, according to the Chinese state should detere people from committing these crimes (of course you could raise the critique that this assumes all actors are rational beings instead of being shaped by our enviroment). While the social credit system still sounds quite hostile and violating of many rights, it is not as extreme as many western media outlets reported during the beginning of the introductions.

The question however is, why western media became so obsessed with the dystopian science fiction stories of China’s social credit system. One reason I can think of is that either the Chinese system/ or at least its understanding at the moment is used as a means to broadcast the fear of many, they question to what extend the PRC’s credit is unique, or whether it also applies to western countries to some extend. In my previous blogpost I discussed how corporations try to get our data and we can not solve it on an individual level. However corporations aren’t the only entities which have been collecting our data, governments in North America and Europe too have been increasingly expanding surveilance through digital means over the years, as anti-terrorism laws have expanded the authority of governemnt bodies to do so, such as digital profiling used to try to find terrorists as well as other forms of criminality to some extend. countries in North America and Europe do have more freedom in critizing the system, however it still raises an important question in to what extend it influences privacy from the state, as well as raise questions about what the line is to make a surveilance state. Foucault’s panoptonic comes to mind when thinking about this dilema, where we’re unable to know when we’re being observed, leading to a form of self-censorship, where the dilema of safety is brought up.

On the other hand, as this Wired article also points out, it could also be the opposite, where China is used as a boogyman, the extreme form, against which we measure our own system and privacy concerns. We can claim we are at least not as bad as China, and constantly move the goalpost of to what extend we should allow infrigment of our own right to privacy and other rights.